Manthia Diawara
Towards the New Baroque of Voices

Towards a New Baroque of Voices, 2021 (Island of Gorée)

Towards a New Baroque of Voices, 2021 (Island of Gorée)

Towards the New Baroque of Voices (2021) is a new video installation by Manthia Diawara in which the New York-based author and filmmaker creates a parliament of thinkers and artists from his archive of raw film footage dating from 1985 to the present. Anchoring this work in the voice and thought of Martinican philosopher and poet Édouard Glissant (1928-2011), Diawara creates imaginary dialogues on Africa and the African Diaspora. This installation features original footage, some of which previously unseen, of writers, actors, activists, and philosophers, such as: Maryse Condé, Fatou Diome, Danny Glover, David Hammons, Sembène Ousmane, Jean Rouch, Wole Soyinka, Ngũgĩ wa Thiong'o, and Aminata Traoré.

By cutting and assembling different interviews, Diawara brings together the past, present, and future in a contemporaneous spatial relationship. This film-essay gives shape to a recurring, imagined relational reality that allows for spaces of freedom. In it, ideas are never fully exhausted, and the filmmaker-essayist serves as a guiding narrator.

Alongside this new installation, a documentation room showcases a bibliography of Diawara’s topics and intellectual universe, as well as two past films directly related to the people and themes portrayed in the main film: Édouard Glissant: One World in Relation (2010) and Negritude: A Dialogue Between Soyinka and Senghor (2015).

Towards the New Baroque of Voices is a coproduction between the 34th São Paulo Biennial and Amant. 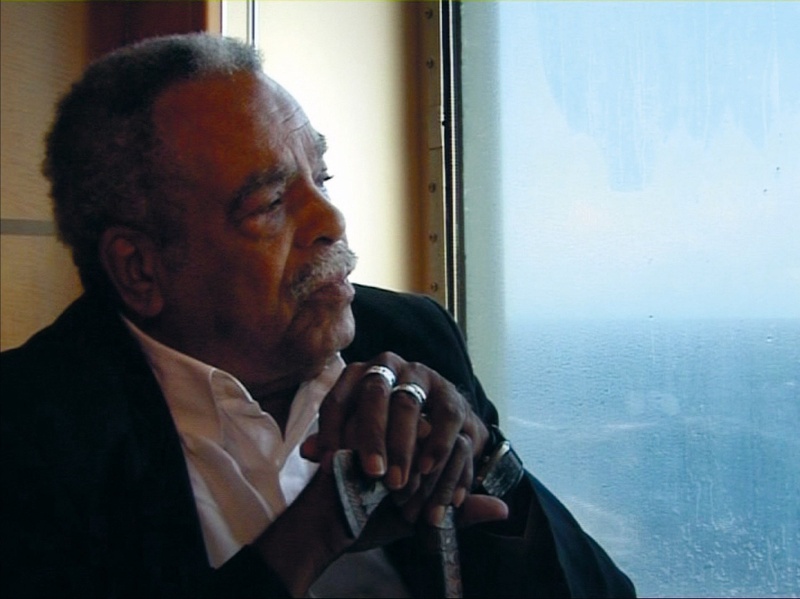 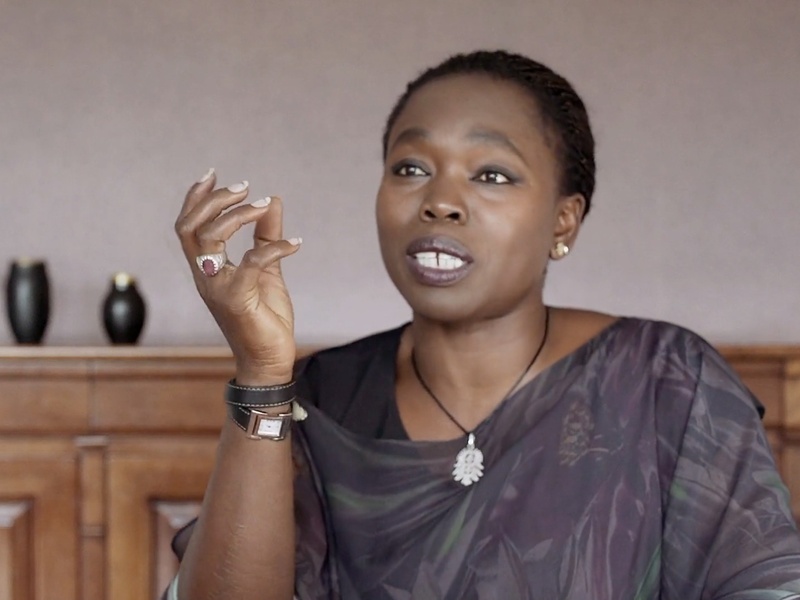 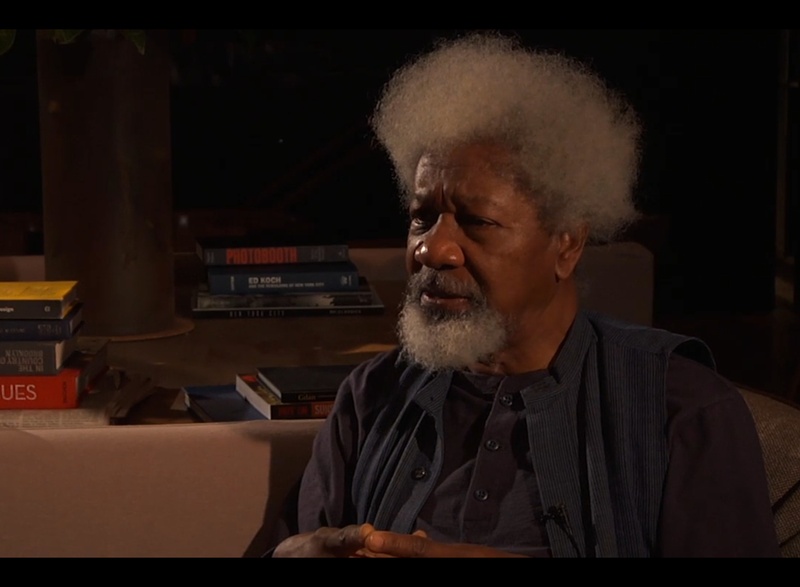 Wole Soyinka in Négritude: A Dialogue between Senghor and Wole Soyinka, 2015 (still)
About the artist

Born in Mali’s capital Bamako in 1953, Manthia Diawara spent his youth in Guinea until 1964, when his family was expelled from the country. He went to study literature in France and subsequently moved to the United States, where he completed his Ph.D. at Indiana University in 1985.

Manthia Diawara is a distinguished Professor of Comparative Literature and Film at New York University. His essays on art, cinema and politics have appeared in Artforum, Libération, Los Angeles Times, Mediapart, and The New York Times. He is the author of two acclaimed memoirs: In Search of Africa (Harvard University Press, 2000) and We Won’t Budge: An African in the World (Basic Books, 2008). Diawara’s recent films include:  Édouard Glissant, One World in Relation (2010), Negritude: A Dialogue between Soyinka and Senghor (2016), Opera of the World (2017), and Towards the New Baroque of Voices (2021).